The Acoustic Neuroma Association Australia began life in 1984. It was the first Australian support group for people with an acoustic neuroma and joined the other two international support groups in America and Canada. Australia was breaking new ground and both the Canadian and American acoustic neuroma associations supported our establishment by sharing their literature and research documentation.

Our history can be traced back to February 1984 the current patron of ANAA, Barb Wolff, circulated a letter to newspapers and magazines throughout Australia to gauge interest and raise awareness of acoustic neuroma brain tumours. Most responses to her letter were from Victoria, but there were also several from New South Wales, Queensland, South Australia and Tasmania.

To each respondent she sent information about her acoustic neuroma experience, together with an information booklet from the America Association and a copy of their newsletter. She also sent a list of respondents from each state to all other respondents in that state. Barb Wolff's letter was the catalyst that motivated Australians diagnosed with an acoustic neuroma brain tumour to come together and form a support group.

At the first meeting on the 24th August 1984 in Camberwell Victoria, thirteen attendees became members and the Acoustic Neuroma Association Australia was born.

The organisation grew rapidly and in June 1987 saw membership peak at 170, a huge increase from the initial 13 who joined at that first meeting back in August 1984.

In January 1988 the Health Department of Victoria granted the Association benevolent status, which enabled the Association to make an application to the Australian Taxation Office for tax exemption status. Once the exception was granted in March 1988, donations of $2.00 and over became tax deductible.

In August 2009 the Association celebrated its 25th birthday at the Deaf Children Australia venue in Prahran, Victoria. The gathering was attended by six of the eight past and present presidents together with 70 members from across Australia.

The first ANAA website was launched soon after and members commenced using email to receive newsletters and exchange general correspondence.

2013 saw a start made on the revision of ANAA’s website with the new site being launched in March the following year. 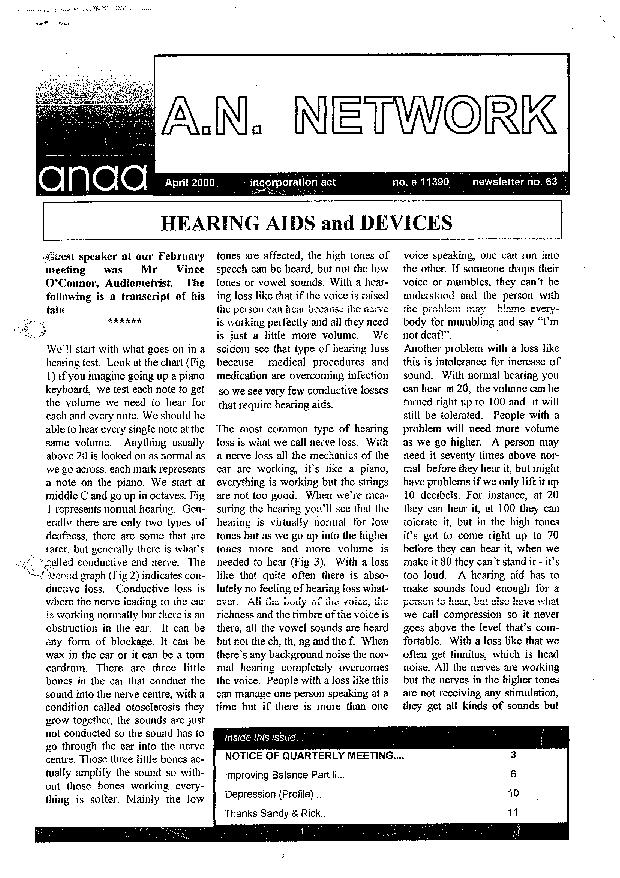 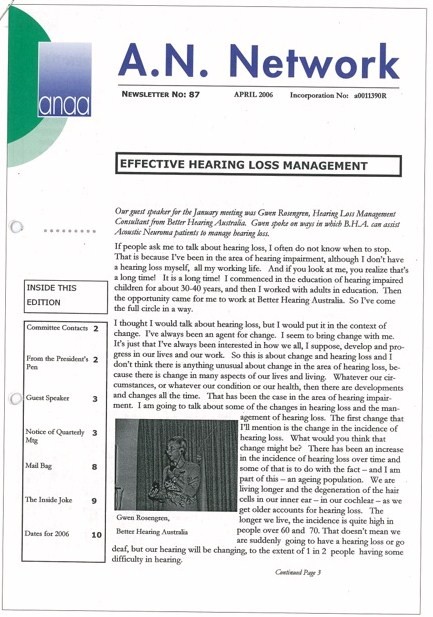